82 Local Businesses Benefit From 'Eat Out To Help Out' Scheme 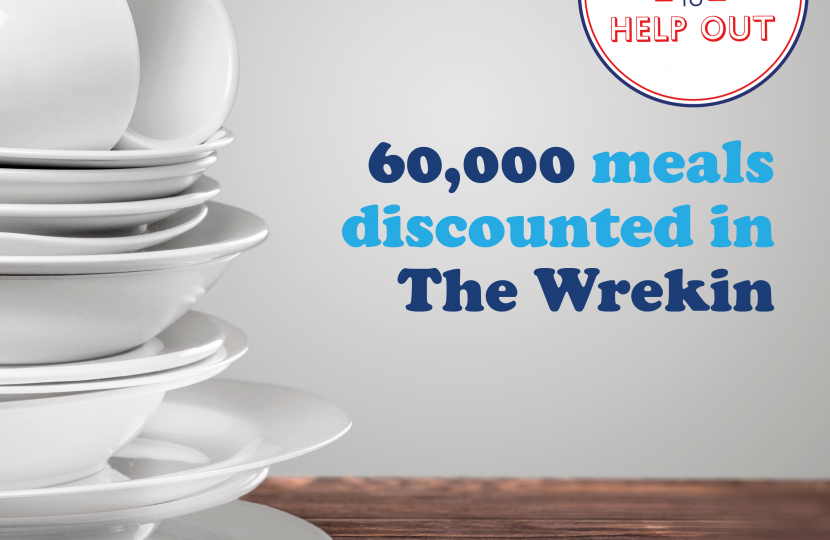 60,000 meals were claimed in The Wrekin constituency under the Government’s Eat Out to Help Out scheme.

100 million meals were claimed across the UK, and almost 85,000 establishments signed up to the scheme - including 82 in The Wrekin.

Data from OpenTable shows bookings increased by an average of 52% on Mondays, Tuesdays & Wednesdays in August, compared to the same days in 2019.

Mark submitted a written parliamentary question to ask the Transport Ministers if they will hold discussions with Network Rail on the potential merits of making available land for community garden kitchens in urban areas.