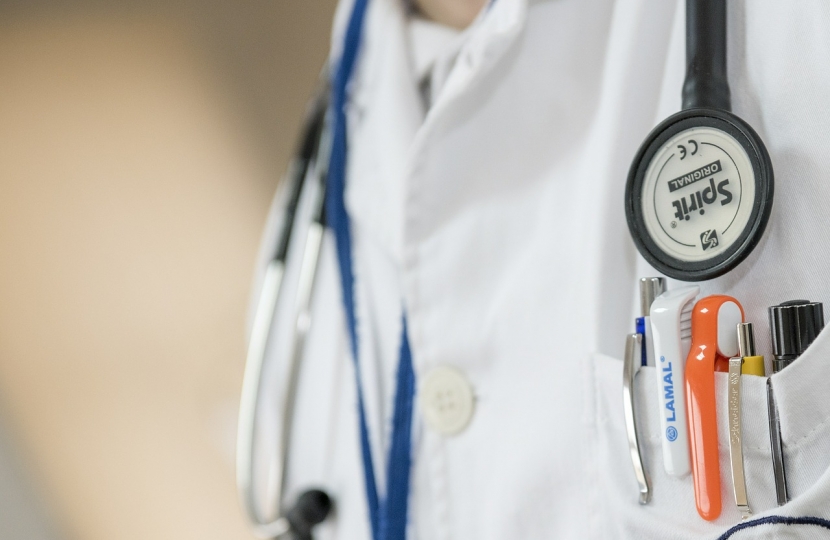 This Thursday the future of the Princess Royal Hospital, also known as the Future Fit Programme, will supposedly be coming to an end. Although any decisions taken about what the preferred options are for the the future of the hospital will still need to go out to a formal public consultation. Nonetheless, it is likely, this week, will be the beginning of the end of this whole long and drawn out hospital reconfiguration process.

Whilst any further delays to the future of the reconfiguration would be unhelpful, decisions should still only be made on clinical and medical grounds and cannot ignore objective socio-demographic and economic evidence that makes the case for retaining the women and children's unit and the associated accident and emergency provision at the Princess Royal Hospital in Telford. Indeed, the evidence in favour of Telford is overwhelming.

Putting aside the weak and sometimes erractic nature of some local health management decisions in recent years, which has undermined public confidence in the the whole reconfiguration process, there is also the question of a lack of clear leadership on the issue. That is why, whatever decision is taken over the coming weeks, I will be asking the national reconfiguration panel of the NHS to fully investigate whether the Future Fit recommendations are themselves 'fit for purpose'.

Now the recommendations are known, I will also be asking Mr Speaker to allow me to hold a Parliamentary debate on the issue. Lucy Allen and I, along with local Conservative Councillors are fully united in standing up for local health services.

I also think there is a legitimate question in asking, what do London-centric accountants, namely KPMG, really know about local health needs? Were KPMG told a preferred 'independent review' outcome and asked to work back from there? How independent and objective has this whole independent review been? Why are local health bosses holding key meetings in the summer break -  when many constituents, Councillors and hospital staff are away on holiday? Why start a public consultation process in the school holidays when many families are on their summer holidays?

Health bosses and KPMG need to go back to the drawing board and produce a report that is backed by socio-demographic evidence. The same goes for the accident and emergency provision in Telford. Overnight closures are completely unacceptable. A failure to recruit enough consultants for the hospital is ultimately a failure by local health bosses who should have been far more pro-active in recruitment campaigns a very long time ago. Further, many of they key decisions facing the two Clinical Care Commissioning Groups and the hospital trust should also have been taken years ago. The problem is now far worse because of weak leadership and dithering.

More thought also needs to be given to the possibility of a new Super Hospital mid way between Telford and Shrewsbury. It is rumoured a site near Walcot has already be earmarked as a possible site but little thought or even consultation has been offered for this option. If Shropshire Council and Telford & Wrekin Council are open to this possibility, and I hear some leading Councillors are, and also possibly entering into some stratgic financial partnership with the hospital trust, then a Super Hospital should be more fully considered before nay final decisions are made on the reconfiguration process.

Along with local Councillors, I will continue fighting to retain local services in our local hospital, that is what I have done for the last fifteen years. But whatever the outcome of all the various campaigns to save local hospital services a decision must be taken sooner rather than later - and in the interests of Shropshire as a whole.