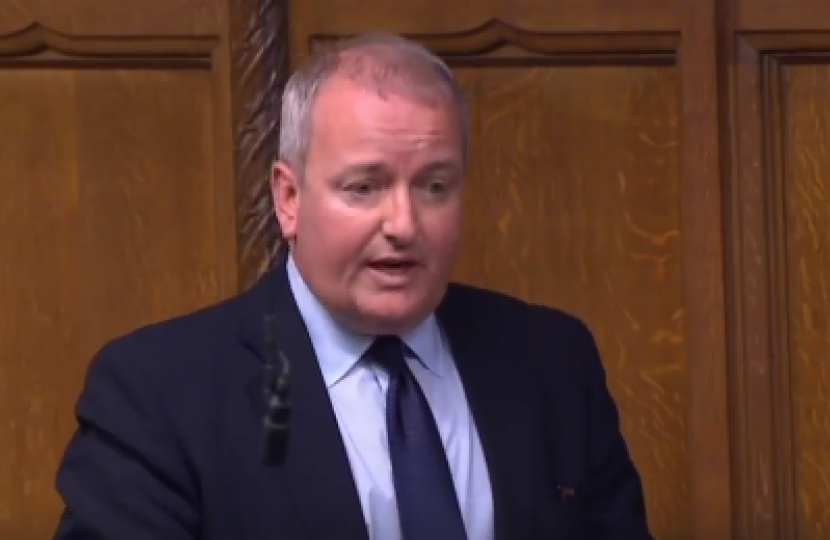 Mark has asked Ministers at the Department for Food, Environment and Rural Affairs (DEFRA) in the House of Commons what steps they are taking to ensure that the costs of low carbon heating are sustainable for people living in rural parts of Shropshire.

Anne-Marie Trevelyan, Minister of State for Energy and Clean Growth, responded as follows:

The Government is planning to publish a Heat and Buildings Strategy in due course. This will include information on the Government’s approach to the transition to low carbon heating through a comprehensive policy package comprising targeted regulatory, market-based and public investment measures.

In transitioning to low carbon heat, it will be important that future costs are allocated in a way that is fair to all consumers and incentivises them to use cost-effective low-carbon technologies.

As announced in the Energy White Paper last December, we will shortly issue a call for evidence on affordability and fairness in the energy market which will explore these issues further. This will include looking at policy costs placed on gas and electricity prices and gathering evidence on the extent to which these act as a significant barrier to the deployment of low-carbon technologies such as heat pumps.

In order to ease consumer costs, the Government has also been providing financial support through schemes such as the domestic Renewable Heat Incentive. In addition, from April 2022, the Clean Heat Grant will provide support to households switching to low carbon heating.

In respect of rural homes in particular, we recognise that many homes in rural areas that are not connected to the gas grid use high-carbon heating systems such as oil so decarbonising this stock will be vital to meet our net zero ambitions. The recently launched Home Upgrade Grant, backed by an initial £150 million of funding will support energy efficiency upgrades and low carbon heating for low-income households living off the gas grid in England, including in Shropshire.

Mark has asked Ministers at Foreign, Commonwealth and Development Office in the House of Commons what steps they are taking to support the Government of Burkina Faso to tackle regional terrorism.