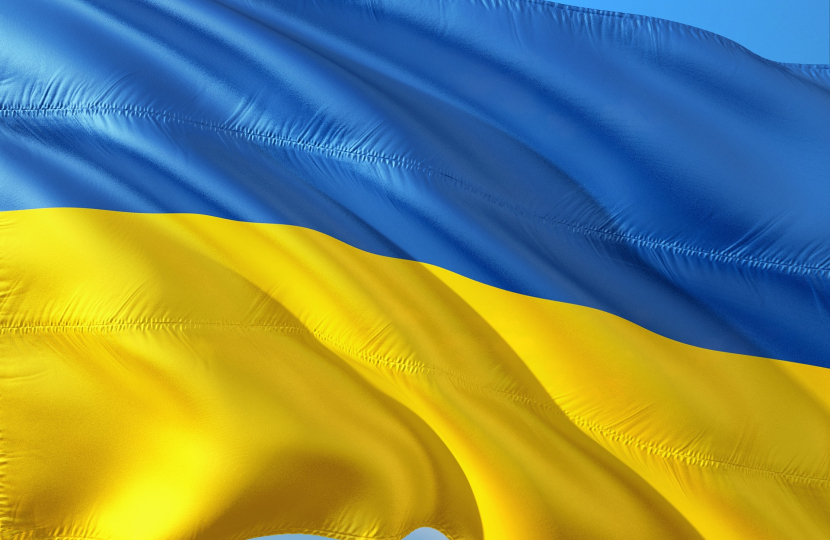 In response, the Government's Solicitor-General, Edward Timpson, confirmed that the UK Government is working closely with the Ukraine Prosecutor-General to support her office's work.

The Attorney General also convened a meeting of the Attorneys General from the United States, Canada, Australia and New Zealand with Ukraine's Prosecutor General Venediktova. Following that meeting, each country published a joint statement of support for Ukraine’s domestic war crimes investigations and prosecutions, and our commitment to work together with the Prosecutor General to ensure that every perpetrator faces justice.

Furthermore, the UK has joined with the United States and the EU to launch the Atrocity Crimes Advisory Group, which will help the War Crimes Units of the Office of the Prosecutor General of Ukraine to collect and preserve evidence of conflict-related crimes.  The UK will commit £2.5 million to delivering justice for war crimes in Ukraine through the ACA’s vital work.

The UK's support for Ukraine's efforts to prosecute war crimes follows an announcement by the International Criminal Court in March this year to open an investigation into war crimes committed against the Ukrainian people by Russian forces.

In response, Mark told the Shropshire Star, "There is growing and harrowing evidence of horrific acts committed by Russian forces in Ukraine, including the deliberate targeting of civilians and the use of rape as a weapon of war.  On the battlefield, Russia must be defeated.  In the courtroom, all perpetrators of war crimes must face justice.  I am proud that the UK is supporting our Ukrainian friends and allies to achieve this."