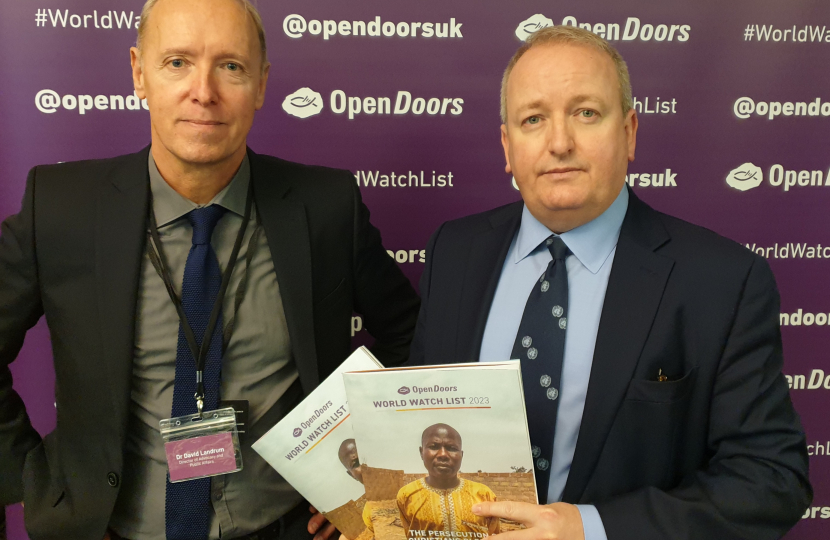 Mark attended the Open Doors 2023 World Watch List event in Parliament to support their work in highlighting the persecution of Christians worldwide.

According to their research, 1 in 7 Christians globally now experiences 'high' or 'extreme' levels of persecution and discrimination in their home countries.

It was an important chance to hear from Christians who had experienced persecution, including one person from North Korea and another from Eritrea.

Commenting, Mark said "Nobody should live in fear because of their religious beliefs, and promoting religious freedom rightly remains one of the UK's human rights priorities."

The Conservative Government is delivering on its commitment to recruit 20,000 new police officers.

Since 2019, an additional 16,753 officers have been recruited, helping to pursue criminals, keep neighbourhoods safe, and reassure the law-abiding majority.

Copyright 2023 Mark Pritchard Member of Parliament for The Wrekin. All rights reserved.
Powered by Bluetree